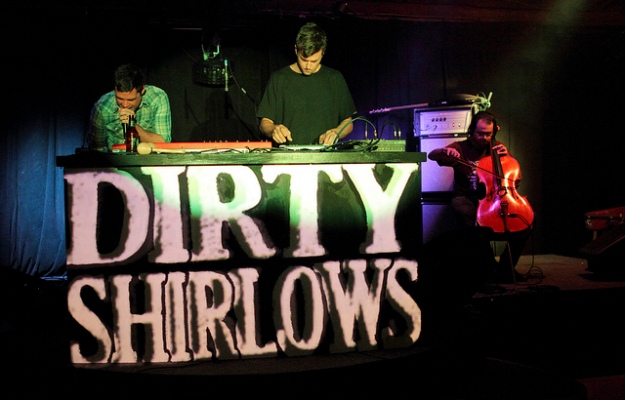 Ahead of their second ever live show the trio sat down with Stu Buchanan on FBi radio’s New Weird Australia program to chat about the project and record an exclusive live to air set. Both the interview and live set have been uploaded as part of the New Weird Australia podcast series which can be downloaded here

You can also catch some of the action from the Feral Media hosted gig at Sydney’s Dirty Shirlows in this wonderful video put together by the lovely folk at The Pyramid Scheme. The video features footage of all performers on the night including Making, Thomas William vs Scissor Lock and Simo Soo.

Feral artist AFXJIM has recently written a soundtrack for a video installation entitled The Darkness by visual artist Marieka Walsh.
The Darkness is part one of a dual screen installtion. Check it out below….

This is a nice version of one of the first video we did here at Feral Media. Created by Nelson at Sopp Collective, Start Now! is from Alpen’s debut album (2005) Overdub.