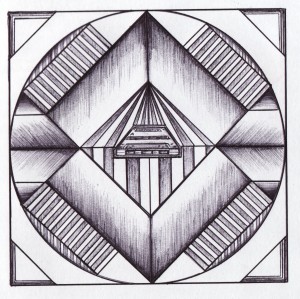 Underlapper and Gentleforce have gotten together to create a mixtape in the lead up to Underlapper’s new album Softly Harboured due for release early 2011. Here is what Greg Stone from Underlapper had to say about the mix:

This mix is somewhat of a taster for the forthcoming Underlapper album Softly Harboured which is set for release in the coming months. The idea of making an eclectic mix has always interested me and in fact the first two tracks were actually the starting point many years ago. A couple of months ago I finally decided to pursue the idea further and began to compile more tracks which not only fit together but also represented some of the artists and genres that have either directly or indirectly influenced me recently. In addition to this the mix also features a couple of tracks from the new Underlapper album as well as our contribution to the recent Strain of Origin release by Feral Media and loFly records. Once the tracks were compiled I approached a very close friend of the band Eli Murray (aka Gentleforce) who has a penchant for mixing a wide range of styles in his DJ sets and has always been a great source of inspiration over the years. I consider this mix to be the next instalment in what will hopefully be many more collaborations between Underlapper and Gentleforce.

Listen or download the mix below and stay tuned for more news on the release of Underlapper’s new album!