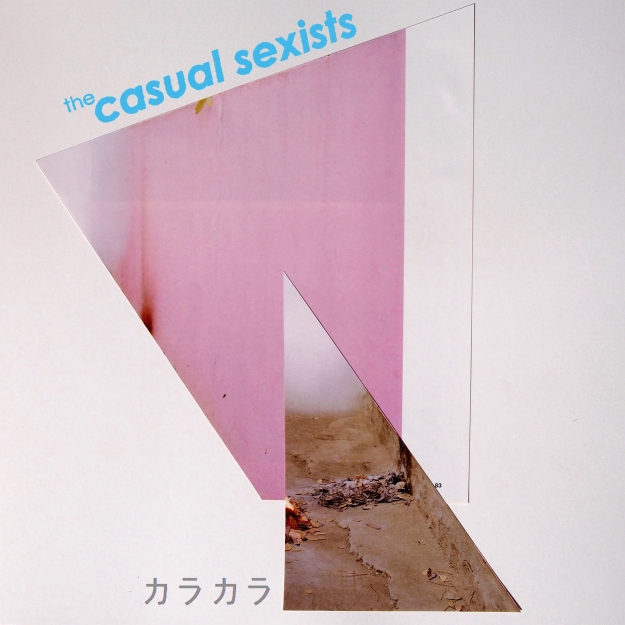 RELEASED: August 11, 2017 Available as a download at the Feral Media Bandcamp store on Spotify and all other streaming and download services.

Spiking their pop cocktail with skulking dancehall rhythms and minimalistic electro-funk, The Casual Sexists bring the combination to a dizzying high with their delicious new EP, Karakara, released 11th August on Feral Media.

The title track places a pitiful but tenacious stalker in the Casuals’ crosshairs, torn apart by Varrick in sardonic and sultry tones against a musical backdrop of speaker-rattling basslines, lo-fi percussion and a maddeningly catchy chorus.

The fractured funk jalopy that is Curse finds Varrick and Ed confronting the mixed feelings of sustained disillusionment and fleeting triumph inherent in the creative process—whilst wryly noting the slight absurdity of applying such lofty dramatics to their DIY milieu.

Third and final is Pop Music – a celebration of one of the Casuals’ very favourite things, yakked with detached glee over an angular electro rhythm littered with samples and some very janked-up percussion.

For the as-yet-unfamiliar, The Casual Sexists began their musical life in London before relocating to Varrick’s native NYC, where they make music using a computer along with various domestic objects, animal sounds and the overwhelming madness of the world at large.